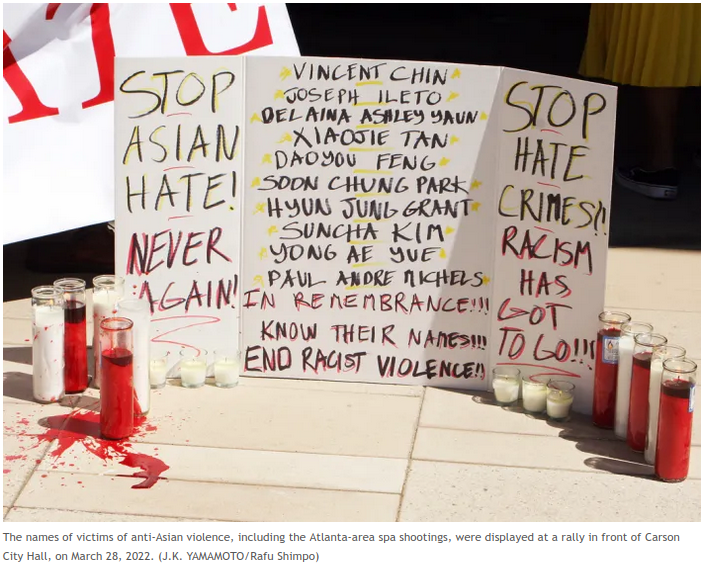 Neighborhood Safety Companions knows this to be a FACT based upon our direct polling of residents, business owners, workers and street vendors in the Koreatown area. When we visit with seniors in various senior housing complexes or interact with both housed and unhoused community members – none of the hate crimes that people have shared with us have ever been reported.

On March 16, 2021, eight people were killed in the metropolitan area of Atlanta, Georgia. Six of the victims were Asian women. A survivor of the shooting stated in an interview that they heard the shooter say, “I’m going to kill all Asians.”

Just two days prior in Midland, Texas, an Asian family was attacked by a man with a knife. The father was struck in the face, cutting him, and the six-year-old child had their face slashed open, splitting their right ear and wrapping around the back of their skull. When the assailant was subdued, he yelled, “Get out of America” at the Asian family.

A month later, an Asian person was threatened outside of a neighborhood store in northwest Washington. The assailant, armed with a knife, threatened to kill the victim, stating, “I will kill you. You have coronavirus. Go back to China.”

While Neighborhood Safety Companions also wishes that all hate crimes were reported, we understand that “reporting” is something that happens after the fact. While it is good that efforts to report the crimes continue, our priority is to build a culture of community safety that help us mitigate the violence being directed towards Asians and also to advocate for direct aid (money) being given to victims and their families!