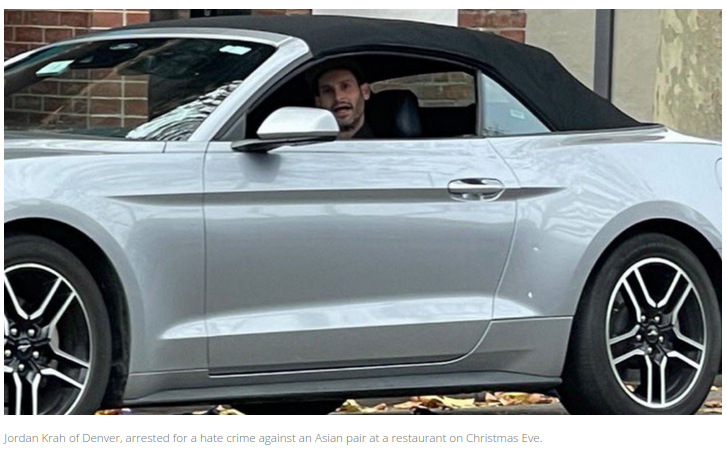 In a case eerily similar to the attack faced by the Roque family in North Hollywood in May 2021, but fortunately not escalating into direct physical violence, NSC is following this case from San Ramon in the San Francisco, CA bay area.

Two customers at an In-N-Out in San Ramon were the targets of a racist and homophobic rant, a video of the incident posted to social media shows.

Two friends were recording themselves on TikTok trying different food items inside the popular fast food spot when a man approached them and was heard questioning “You’re filming yourself eating? You’re weird homosexuals.”

One of the friends told KTVU she was in disbelief at what she experienced.

“Honestly, if I didn’t record it, I wouldn’t have believed that it happened because, even some of the words he said, in the heat of the moment, I didn’t realize he called himself a slave master. I completely blanked out he threatened to spit on us as well,” said Arine Kim.

SAN RAMON, Calif. (KRON) — Police have made an arrest after an incident in which two people enjoying food at an In-N-Out Burger in San Ramon were faced with racist language and threats on the night of Christmas Eve. It was all caught on video.

On Monday afternoon, the San Ramon Police Department announced that they had arrested a suspect, Jordan Douglas Krah, 40, of Denver, Colorado for violating California’s hate crime laws. Krah is currently being interviewed by police, and he will be booked into Martinez County Jail.