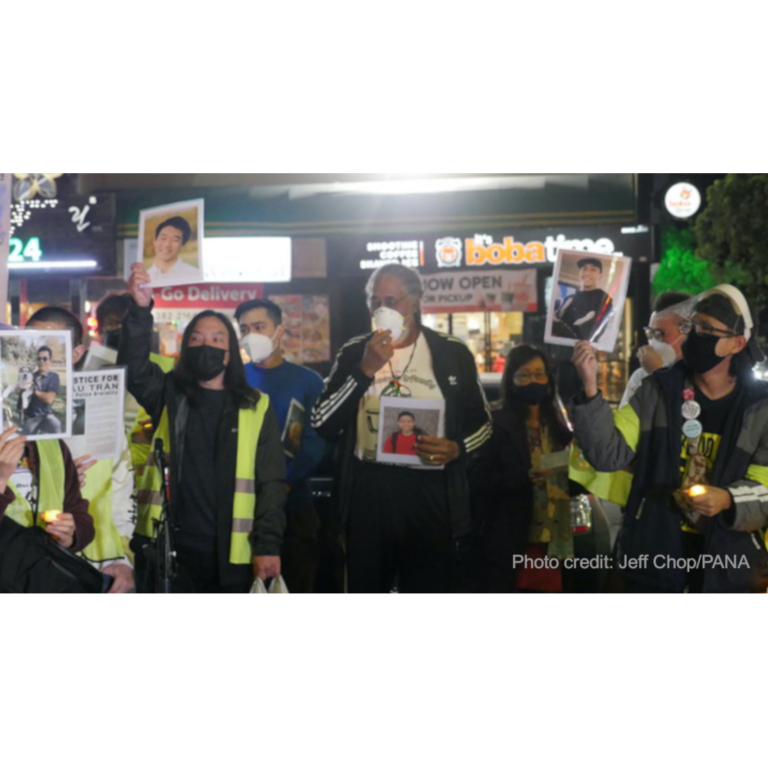 Please bookmark this page and return. More photos will be added over the next few days.

Why We Held this Memorial

A recent report by the Center for the Study of Hate and Extremism, has revealed that anti-Asian hate crime increased by 339 percent last year compared to 2021. New York, San Francisco, Los Angeles and other cities surpassed their record numbers in 2020. This event is a call to action to honor the victims by re-dedicating efforts to build the solidarity necessary to contend with hate crimes being directed at multiple groups across the country.

One year ago, Denny Kim, a U.S. Air Force veteran was nearly beaten to death on S. Kenmore Avenue in Koreatown, Los Angeles. The attackers yelled, “You have the Chinese Virus, go back to China” before nearly beating Kim to death.

Around the same time, video of the murderous attack on 84-year old Thai senior Vicha Ratanapakdee went viral across the U.S. The wave of violence against Asian Americans was well underway with reported hated against Asian American more than tripling across the U.S. in 2021. From our work in the community, we know that the number of attacks is FAR GREATER than what the reported data shows.

Nationally, anti-Asian hate crimes rose 339% in 2021. Now is the time to honor the victims, support the families, and re-dedicate ourselves to practice “solidarity-in-action” to fight the violence!

For nearly a year now, NSC has been encouraging communication between neighbors, housed and un-housed, small businesses, street vendors, neighbors and seniors, distributing “how to report a hate crime” booklets, personal safety supplies and personal hygiene and other items to the un-housed.

NSC has also begun to address broader issues of disparity and violence manifesting as denial of healthcare and housing to Asian Americans and others, as part of the effort to address the systemic roots of the violence, and to build solidarity and begin building a stronger movement to promote community safety and address the root causes of the violence.

Join Neighborhood Safety Companions and other safety patrols who’ve been providing security to seniors and pedestrians for one year. Join grassroots African American activists and leaders on the occasion of Black History Month to speak about the common struggles with Asian/Pacific Islanders.