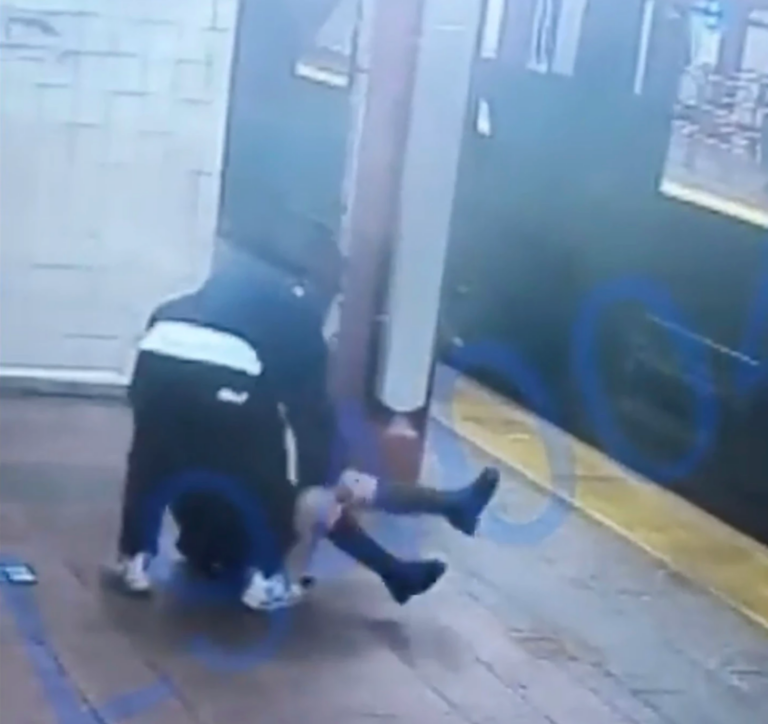 Thai model in a NYC subway station survives a violent attack on January 20, but questions “why nothing has changed.”

61-year-old homeless attacker, Martial Simon is identified as a schizophrenic by his family. While he was ordered by a judge to undergo a psychiatric evaluation when he was arraigned on murder charges Wednesday, this is not sufficient. Many attacks on Asian Americans have been waged by persons who should be housed under professional mental health care supervision.

Rising homelessness and the crisis of housing affordability for very-low income and mentally disabled persons exacerbates and encourages street violence. Combined with the anti-Chinese scapegoating by Donald Trump and the continued escalation of Cold War military maneuverings and propaganda out of Washington D.C., the violence suffered by Asian Americans shows no signs of decline in 2022.

Bringing attention to these attacks in the face of their potential dismissal may seem commendable, but the failure to, at the same time, advocate systemic change to address the causal factors serves to only sensationalize the violence.

Unless we advocate for broader changes in things such as healthcare, education and housing in unison with other oppressed groups, we are left with a state of victim-hood, fear and paralysis, or, we are reduced to advocacy of increased repression and violence directed towards other groups. The narrow-minded calls for increased criminalization of the un-housed and mentally-disabled and the inherent racism of these pleas simply aid the profit motive interests of the for-profit incarceration system.

We must support calls for justice for the victims at the same time as demanding systemic change to address the root causes of Asian American oppression. In this way, we will build the grassroots solidarity and power needed to win the latter. In the meantime, and in the process of doing this, Neighborhood Safety Companions will work to continue the promotion of community safety efforts such as volunteer safety walks, practicing “solidarity in action” at the ground level.

The attacker of 23-year old Thai model, Bew Jirajariyawetch, has been identified as an unhoused schizophrenic.

We must take action to address the systemic roots causes of the current wave of racist scapegoating and not be afraid to challenge the powers who benefit most from societal division.

Recalling the terrifying ordeal, Jirajariyawetch told The Post last month that her attacker put his hands over her mouth “to make sure I couldn’t make any noise” — and then threw her to the ground and punched her repeatedly.

“He dragged me where nobody could see … Beat me … Took my purse,” she said.