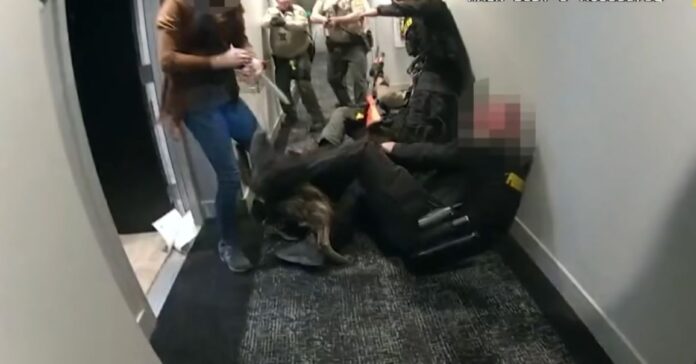 From AsAm News: Sunny Rickard, president of the Alliance of Chinese Americans San Diego, criticized police practices leading to the death of Yan Li during an eviction on March 3 in Little Italy.

Li was experiencing a a mental health crisis, and chased the officers out with a knife, stabbing one officer. Police responded with gunfire, killing Li.

Rickard called for a complete investigation and wonders why deputies didn’t wait for the Psychiatric Emergency Response Team. “They should have used de-escalation training,” Community advocate Tasha Williamson said. “They did not have to enter her home because she was not a threat to anyone…“An eviction notice shouldn’t turn into a death sentence.”

Three weeks after the killing, her colleagues at Yale Public Health wrote an op ed in the San Diego Union Tribune criticizing the response:

From the videos made public by the Sheriff’s Department, back-up officers arrived unaccompanied by any mental health professional. The law enforcement personnel returning to the apartment brought a police dog and both non-lethal (a “bean-bag” gun) and lethal weapons. Efforts were made to talk to Dr. Li but without any of the benefit of subtlety or nuance that mental health professionals are trained to deploy. When the officers entered Dr. Li’s home, they did so with a goal of disarming a person they considered a threat to public safety. When Dr. Li chased the officers out of her home and lunged suddenly with a knife, she injured a police officer, and a hail of bullets ended her life.

The Alliance questioned the use of confrontational language and whether a calmer response might have deescalated the situation.

“They said ‘F’ word. ‘F’ shoot you, ‘F’ shoot you. Is it really necessary to use that word when you serve a notice to evict,” Rickard asked?

Read the complete piece about the Alliance at AsAm News.