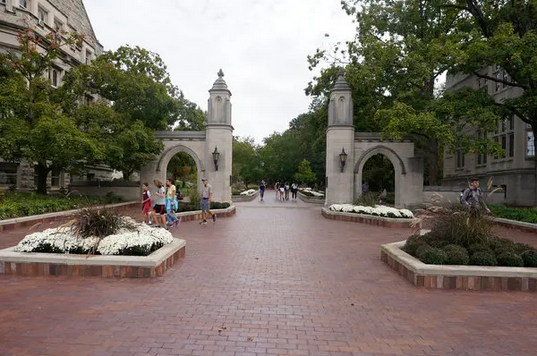 An 18-year-old student was stabbed several times in the head while she was riding a bus. A school official said the attack was a reminder “that anti-Asian hate is real.”

The student, an 18-year-old woman who was not publicly identified, was waiting for theBloomington Transit bus’s doors to open at 4:45 p.m. when she was stabbed in the head several times, the Bloomington Police Department said in a statement on Thursday.

After the attack, another bus passenger followed the suspect on foot and helped officers detain the person, Billie R. Davis, 56, of Bloomington, the police said.

Ms. Davis was charged with attempted murder, aggravated battery and battery with a deadly weapon, according to court documents. Video footage from inside the bus revealed that Ms. Davis and the victim had not interacted before the attack, the police said.

The student was taken to a hospital. Her condition was not available on Sunday. The university did not immediately respond to a request for comment.

The Bloomington Police Department and lawyers for Ms. Davis did not respond to requests for comment on Sunday.

Mayor John Hamilton of Bloomington said in a statement that the stabbing was a “brutal attack.”

“This behavior is not acceptable and will be dealt with accordingly,” Mr. Hamilton said. “We know when a racially motivated incident like this resonates throughout the community, it can leave us feeling less safe. We stand with the Asian community and all who feel threatened by this event.”

James C. Wimbush, a vice president of diversity, equity and multicultural affairs at Indiana University, said in a statement on Friday that the attack was a reminder “that anti-Asian hate is real and can have painful impacts on individuals and our community.”

“No one should face harassment or violence due to their background, ethnicity or heritage,” Mr. Wimbush said. “To our Asian and Asian American friends, colleagues, students, and neighbors, we stand firmly with you.”