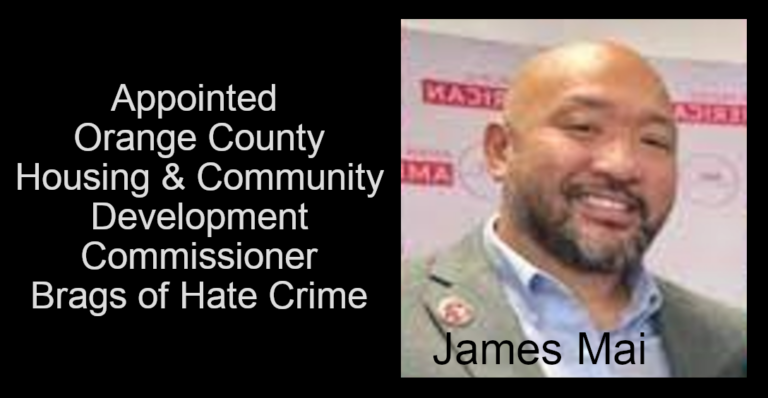 Public officials and organizations pulled out of a recent anti-Asian hate event after they learned of screenshots showing a major sponsor making hateful statements toward South Asians.

Los Angeles County Supervisor Janice Hahn, LA vs. Hate, Cerritos Mayor Chuong Vo and Los Angeles County Sheriff Alex Villanueva, are among the people who left the “Unite for Progress” event, which is sponsored by James Mai, founder of AAPI United and an At-Large Commissioner for County Housing and Community Development. The resource fair was slated to take place on Saturday, September 24 at Don Knabe park.

An Orange County blog first reported on the screenshots with Mai’s racist comments in June. The blog showed Instagram chat screenshots of Mai claiming he vandalized an Indian restaurant with a cow’s head and blood because the Hindu owners allegedly overcharged him.

The blogger questioned why Mai is still an at-large commissioner for the Orange County Housing and Community Development, in light of his rant.

The woman who received the messages is Indian and showed them to Hindu groups. She alleges that in retaliation, Mai doxxed her, although her personal information is protected by the Safe at Home Registry, which is for people who are fleeing abusive situations.

The blog also mentioned Mai uses “esquire” after his name although there is no listing of him being an attorney.

“LA vs. Hate is a program dedicated to inclusion for all county residents and we do not support hate, bias motivated hostility, or violence,” wrote members of LA vs. Hate, in a written statement.

A member of LA vs Hate responded that Hahn invited the group to be on the planning committee of United for Progress and there was no indication of any problems during meetings. But when news broke about Mai’s racist messages, LA County Human Relations Commission leadership decided to withdraw its participation.

More here, including screenshots of Mai’s bragging about his “retaliataion” against the Hindu store owners: https://www.orangejuiceblog.com/2022/06/chafee-to-reappoint-hate-crime-braggart-to-county-commission/

People committed to ending anti-Asian hate must also consider our South Asian sisters, brothers and non-binary individuals, and not give platforms to people who commit hateful acts against them.