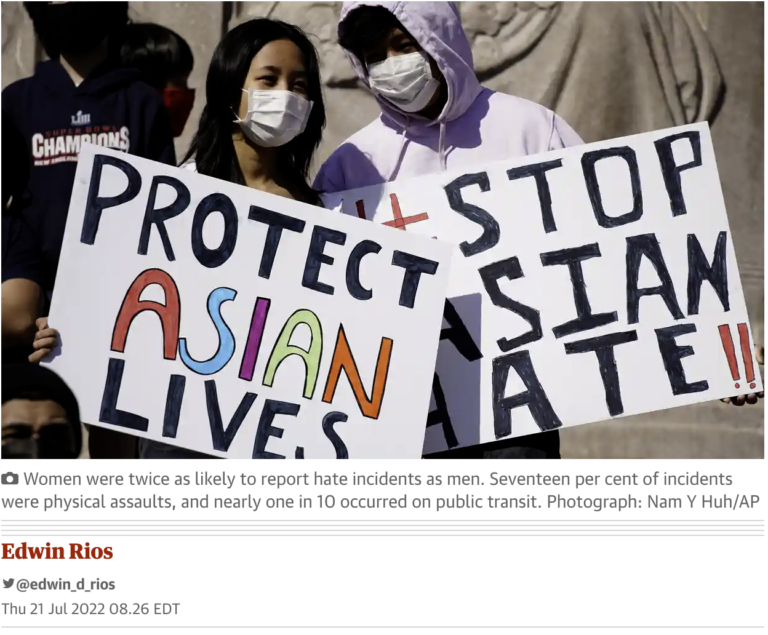 Between March 2020 and March 2022, more than 11,400 hate incidents against Asian Americans have been reported

Forty years after Vincent Chin, a Chinese American man, was scapegoated and beaten to death by two white men in Detroit who were angered over the loss of American jobs to Japanese companies during an economic downturn, hate incidents against Asian Americans continue to surge, a new study released Wednesday found.

The findings signaled a persistent rise in harassment, verbal abuse and hate speech that have plagued Asian communities since the beginning of the Covid-19 pandemic. In 2o21, the group identified more than 9,000 hate incidents in the pandemic’s first year. A separate study by the Center for the Study of Hate and Extremism found that hate crimes against Asian Americans rose 339% nationally between 2020 and 2021.